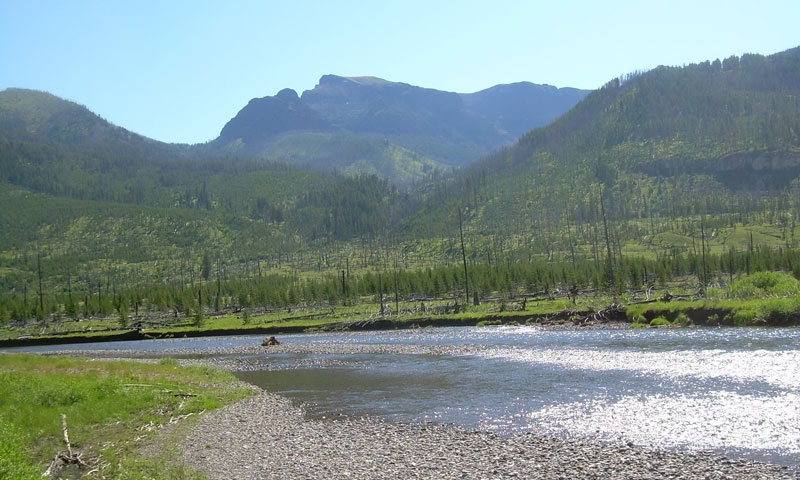 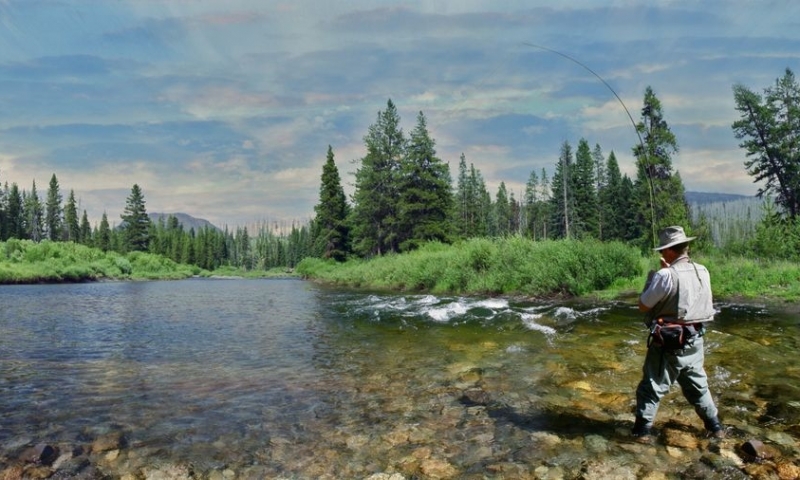 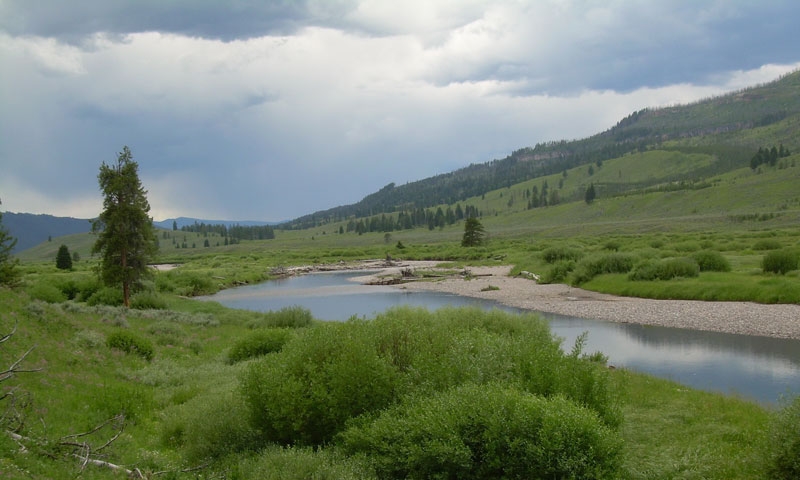 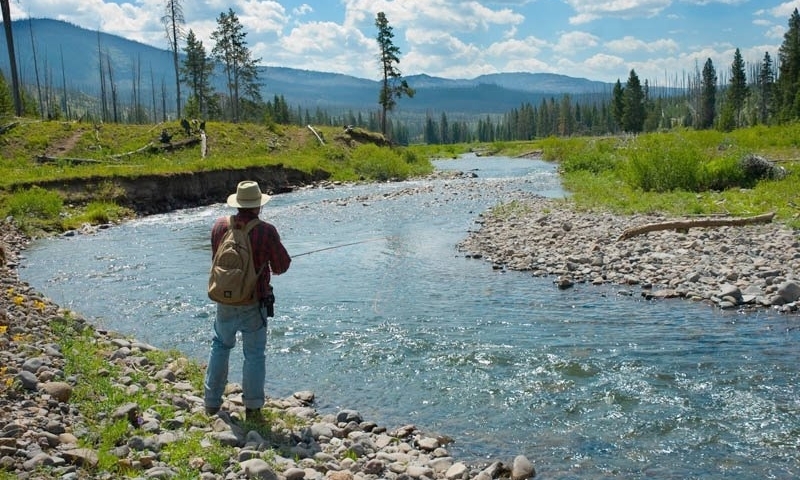 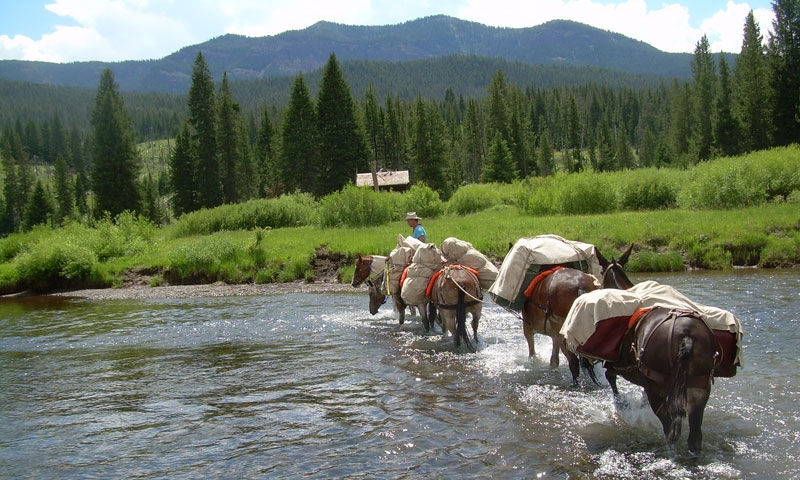 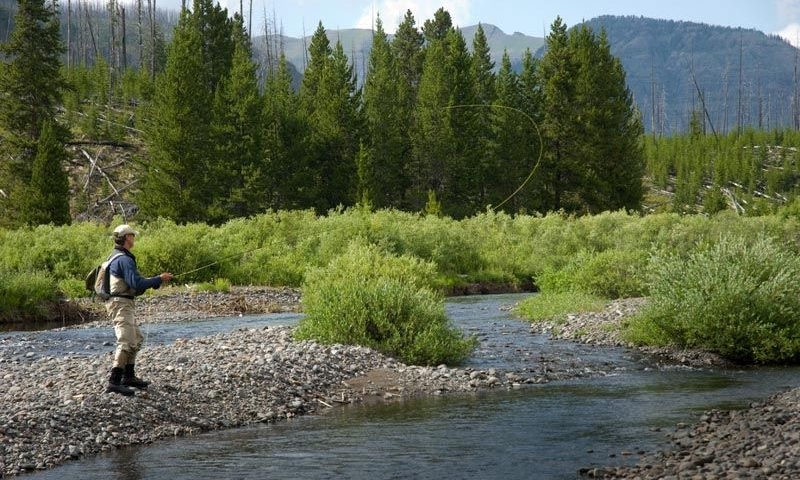 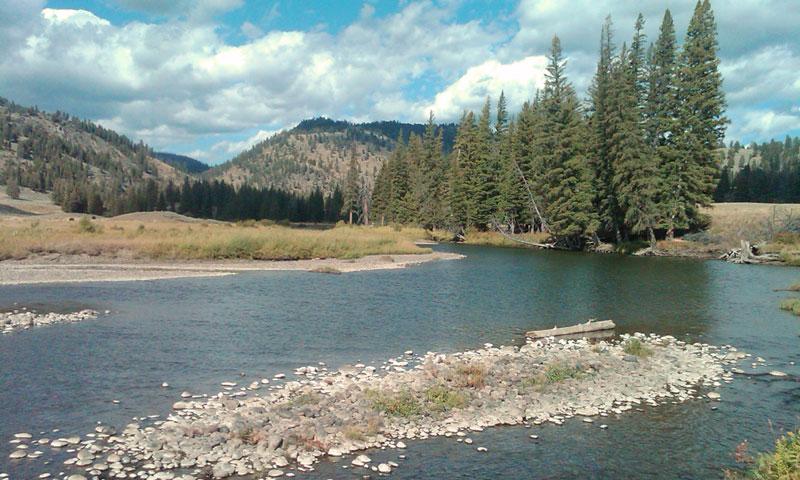 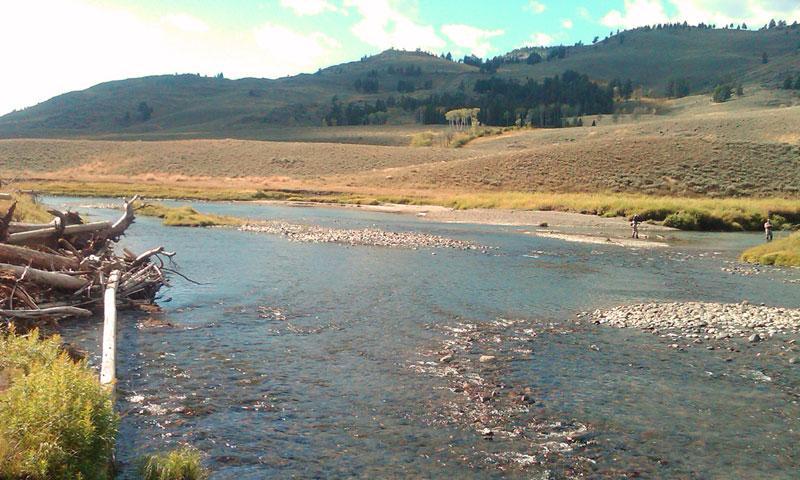 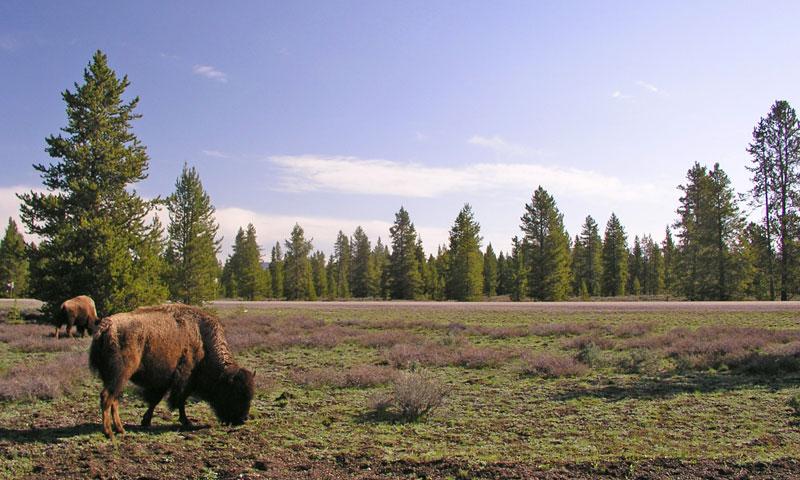 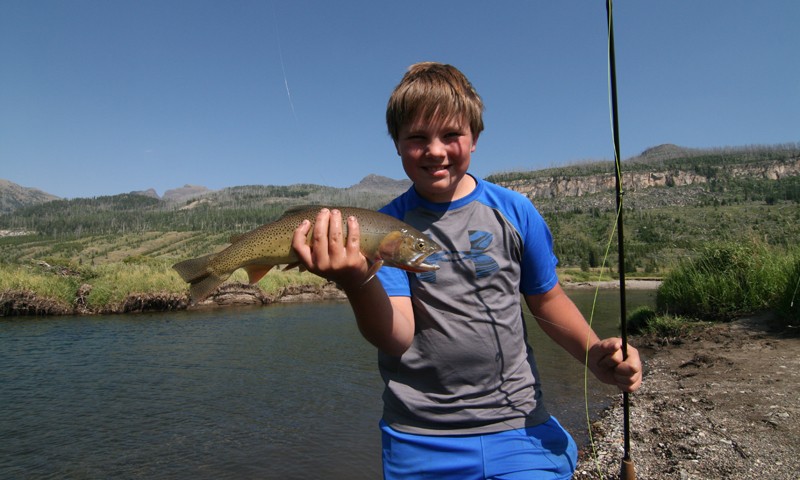 Among Yellowstone visitors who enjoy fishing, Slough Creek is the Park’s most prolific and rewarding cutthroat trout fishery. From its confluence with the Lamar River, through its many meadows up to and across the Montana border, this waterway offers exciting angling, spectacular views, and attracts a wide variety of wildlife. 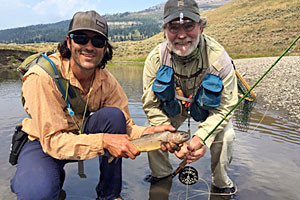 CUA permit thru Access Wild. We'll show you the best angling in Yellowstone for native cutthroat trout. Part of our 4-day/3-night package in mid-July, an amazing experience. 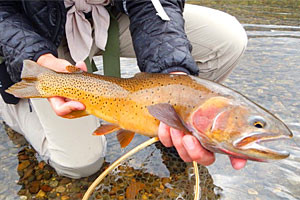 Let our experienced guides take you to the coveted 3rd and 4th meadows of Slough Creek, unquestionably the best cutthroat fishing in Yellowstone Park. Yes, they are this big! 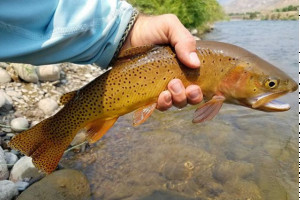 Sweetwater Fly Shop offers terrific advice to anglers wanting to fish Slough Creek. We'll outfit you, show you the holes and techniques to be successful on the water.

What can I see and do at Slough Creek?

Fishing
Suggestion #1 – hire a guide. To truly appreciate how special this resource is, we suggest tapping the expertise of someone who knows its secrets and can share them with you.

Camping
Slough Creek camping is yet another ‘must-do’ item when visiting Yellowstone. In addition to being served by a full-service campground, campers can enjoy multiple backcountry campsites in the first 3 meadows mentioned above. Reservations and on-site registration for these coveted camp locations go quickly, so act early. Most camp spots are in close proximity to the creek, or nearby streams, so always boil your water as a precaution.

Backpacking
One popular tour lots of hikers and campers enjoy is to do a loop between the Slough Creek and Pebble Creek drainages, accessed via Bliss Pass. When looking on the Yellowstone Park backcountry map, look for camp units near Pebble Creek 3P2 and 3P3. The scenery between these two drainages is incredible and can be done leisurely over one- or two-nights. Of course, have your bear spray with you – this is prime country for black and grizzly bears.

Wildlife
Speaking of wildlife, Slough Creek is home to good populations of meandering bison, occasional antelope, ambulatory packs of wolves, herds of elk, moose, and along the cliff faces to the east, one can spot Rocky Mountain bighorn sheep. Also prevalent are mule deer, marmots, soaring eagles and osprey.

Where is Slough Creek?

Slough Creek is located in the North East corner of Yellowstone National Park between Tower-Roosevelt and Pebble Creek. This remote section of the park is often less crowded.

When is Slough Creek accessible?

The road between Mammoth Hot Springs and the North East Entrance is open year-round. However the campground closes at the end of October and the trails and the Creek itself are usually snow covered through the winter. 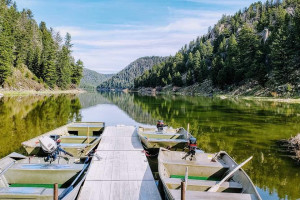 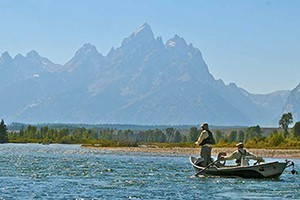 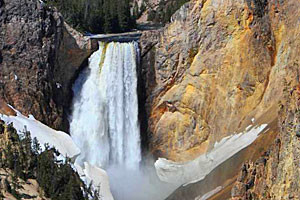 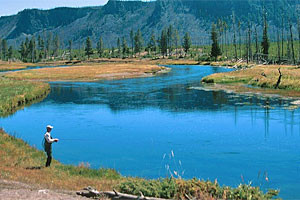