Find out the answers to all your questions about Canyon Village here. Add to your enjoyment of Canyon Village by finding out all the facts about this intriguing area. Read More

Question: Why are there different colors in the canyon?
Answer: The basic answer is that the rock in the canyon is “rusting”. The iron compounds in the rhyolite rock are changing color due to oxidation.

Question: Who was Uncle Tom and why is there a trail named after him?
Answer: One of the first concessioners in the canyon area, Uncle Tom Richardson used to lead visitors on guided trips into the canyon – along the trail, which now bears his name. He would get the visitors to the bottom of the canyon using rope ladders. Uncle Tom lost his permit in 1903 when the Chittenden Bridge was completed.

Question: There are large birds that can be seen in the canyon and they look like eagles. What are they?
Answer: The large eagle-like birds are actually ospreys or “fish hawks”. They nest in the canyon from late April until late August or early September and can be seen most often during this time. Their nests can generally be seen from Grandview, Lookout, and Artist Point viewing areas. 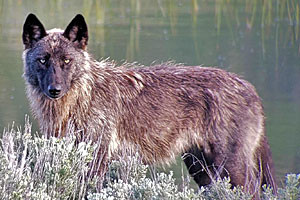 In Our Nature - Guided Wildlife Tours 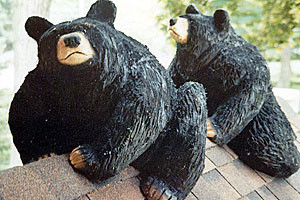