NOTICE: Before traveling please check the ROAD REPORT to make sure the entrance and attractions you want to see are open and accessible.

Half the fun of a Yellowstone trip is getting here. With beautiful river canyons, scenic byways and pastoral landscapes, you'll truly enjoy the sites along the way.

What is the best route for driving into Yellowstone?

What Airports can I fly into?

All major national car rental companies have offices in the neighboring communities, some in town and some at the airports, plus a number of local independents. If you want to be able to enjoy Yellowstone National Park at your own pace, it is wise to plan ahead to rent a car.

During the winter season, some businesses provide snow coach tours over most park roads, or bus transportation on the Mammoth Hot Springs to Cooke City road.

Park Concessionaires also provide bus tours within the park during the summer season.

Can you drive from Yellowstone to Grand Teton?

Can you drive to Old Faithful in the winter?

No. By mid-December winter snows close the majority of the park. The only road open year-round is from the east entrance to Mammoth Hot Springs. Yellowstone is even more magical blanketed in fresh snow and with trees crystallized by freezing steam. You can still enjoy the park during the winter season via snowcoach and limited snowmobile tours to Old Faithful. You can also experience the surreal solitude and beauty by cross-country skiing or snowshoeing throughout the park, but be warned: the good stuff is pretty far from most entrance stations.

Can you drive to Old Faithful?

Yes. You can drive to Old Faithful. If you enter the park from the West Entrance, Old Faithful is 32 miles from West Yellowstone, the closest gateway city to the famous geyser. Plan on the drive taking between 45 minutes to over an hour. You’ll likely see plenty of wildlife and scenery as you travel through the park. You’ll be driving on the Grand Loop Road, which connects all the major attractions within the park in a giant figure eight over its 198 mile length.

How far apart are Yellowstone and Grand Teton?

How far apart are Yellowstone and Grand Teton?

How far away is Yellowstone from Mt Rushmore?

Yellowstone is 7.5 hours (424.8 mi) west of Mt. Rushmore by car. Yellowstone is on the western edge of Wyoming. You’ll need to cross the entire state of Wyoming to Keystone, South Dakota, There are several possible routes you can take, each having different sight-seeing attractions along the way.

How far is Glacier National Park from Yellowstone?

Glacier National Park is about 6.5 hours (375 mi) north of Yellowstone via US-89. The route passes along scenic mountain ranges. Optionally, you can take a detour through Big Sky, a popular ski resort town in the mountains.

How far is it from Mount Rushmore to Yellowstone National Park?

Mount Rushmore and Yellowstone are about 7.5 hours (430 miles) apart via US-16, the shortest route. You may want to stop in the Buffalo Bill Center of the West in Cody, a must-see stop on your American West road trip. You’ll also be cutting through the Bighorn National Forest and Thunder Basin National Grassland. Mount Rushmore is located in the Black Hills National Forest near Keystone, South Dakota.

How long does it take to drive the loop in Yellowstone?

If you rush the Grand Loop, you can drive all 200 miles in about 4 hours. For the best experience in Yellowstone, plan on slowing down to connect with the area rather than just drive through it. Plan on at least 7 hours if you want to view wildlife, stop for a day hike or boardwalk walk or two, eat lunch, and really experience Yellowstone. If you drive the Grand Loop in 4 hours, you’ll miss most of what makes Yellowstone unique. Many wise visitors break the loop up into multiple days to have a richer experience where you don’t remember it as a long day at the wheel.

Is it safe to drive in Yellowstone at night?

Yes, but the wildlife that will excite you on the roadside or even crossing the road during the day can be your vacation’s worst nightmare at night. If you hit a large animal, like a bison, it can seriously damage your car, injure or kill you and kill the animal.

Which Yellowstone entrance is closest to Old Faithful? 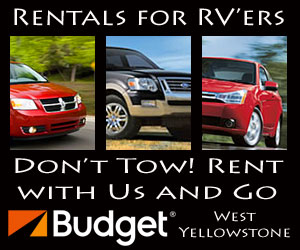 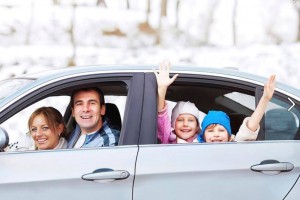 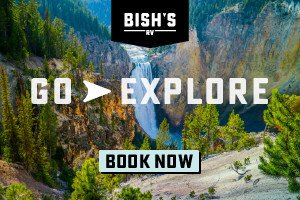